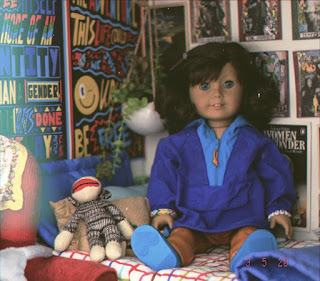 Hello, world! I hope someone's out there to listen to me for at least a few seconds today, because I feel a bit like I'm going to explode if I have to listen to my own thoughts any longer. :)

Anyway, it's Riley. I've never posted here before, but I asked Zaira if I could make a post today, just about some thoughts that I wanted to share, since I've missed blogging. You see, at my old school, before I moved here this year, I helped run our school blog. It was kind of like a school newspaper and a newsletter in one, except it was online. I wasn't an editor, or anything, but I worked on the blog for two years and I sure got to write about a lot of really interesting things, and some strange ones, too--one time, I had to write a whole post about a girl at our school's parents' Chinese restaurant, which was delicious, and another time I had to do one on a kid on the football team who wore the same pair of polka-dot socks before every game, which was gross, because he hadn't washed them since he got them in eighth grade. Our football team wasn't even that good. We won, like, three games while I went there.

One thing that I'm missing a lot right now while I'm not in school is my band class. I can do all of my English and history and science and even--ew--math classwork online, but there's sure no practicing for our spring concert over Skype or Zoom. It's sad, but there's always next year. I've been sending videos of me playing little songs on the saxophone to my grandparents and aunts and uncles, because maybe it will make them smile. :) Some of my best friends are in band, and that's where I met a lot of my first friends when I came to my new school for the first time, too. Marlee plays the clarinet (and the saxophone, but only for jazz band), and Claudia plays the trumpet, while Rosanna, Jayne, and Georgia all play the flute. Eve plays percussion, but primarily keyboard instruments, something that I'm jealous of, but good-naturedly--I just think that everything must be better for you if you can play the piano. :) Maybe I should take this social isolation to learn, but more likely I'll spend it making weird crafts in my bedroom with Clover and Mackenzie, who live in the next house over,

My new house here is a bit of a weird thing. Where I grew up, in Traverse City, it was not a BIG city, per se, but it was definitely more populated than here. When I lived there though, I lived in a new(ish) house (we were the second owners) in a neighborhood with a big backyard and a patio. It wasn't like we lived in a big open area with no neighbors, but still, it's a big contrast to where I live now. Let me paint the picture for you. You're walking down Main Street, right, just a little bit outside of town, past some of the old, fancy hotels and towards the part where the State Park starts. On your right--which is where the shoreline and lake are--there's some little cottages, one or two or three in a row down little dead-end drives towards the lake. I live down one of those roads, in a cottage-like thing, I guess, except my house is actually three houses stuck together. They all look exactly the same, except for the curtains, the shutter colors, and the front doors, and of course the flowers and bushes and things. I live in the middle house, and on the left is Clover and Mackenzie's house, and on the right is Meryl's. It's a strange thing. I have no idea who built them, and I'd like to investigate, but these days that's not really an option. It's very fun, though, to share a bedroom wall with two of your friends on one side and another on the other.

I was really, really scared about making new friends here when I first moved. I didn't really have a lot of friends at my old school. I was really busy with band and the blog and just doing a lot of other things here and there, and, sure, I had a group of girls I hung out with, but they weren't really the type of close friends you'd have over for sleepovers or anything. I knew moving here that I wanted to make closer friends, maybe even best friends, and it seems like God agreed with me, sticking my bedroom right in the middle of the bedroom of two girls that, before I knew it, would become my best friends. Things have a funny way of working out, don't they?

Woah, this is long. You probably didn't sign up to read QUITE this many of my thoughts today. I have more to tell you, but I'll save it for next time, okay?

Hope you're having a great day,
-Riley Jude 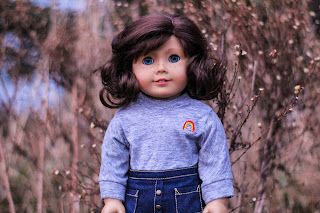