An Introduction to Our New Friends (Part One)

Hi everyone! Zaira here. My friends and I have met some new girls over the past few months while we've been semi-MIA, and I thought that it was only fair that you, dear readers, get a true, formal introduction before you start seeing any unfamiliar faces popping up around here. I have to at least try to be a reliable narrator (and believe me, it's a hard job!). 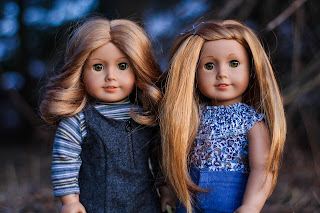 These two girls are Clover and Mackenzie. They're sisters, and Mac is in my grade, while Clover is younger than us. 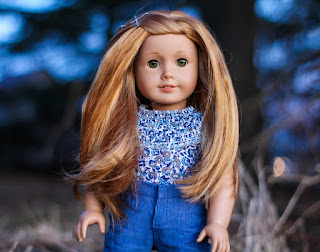 Mackenzie loves making videos--she wants to be a filmmaker when she gets older! Right now, she interns at the Cedar Island Public Broadcasting Station on the weekend and helps make the news. It sounds like a really important job! Mac is really focused and organized, which is something that I really admire about her. I'm so happy that we met this school year! 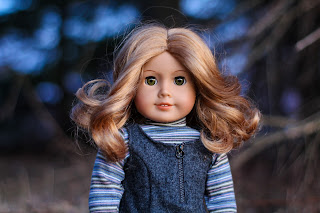 Clover is less reserved than Mackenzie is, and she always has a ton of energy! She loves science, especially astronomy. When she gets older, she wants to go to outer space! It sounds like an adventure to me! I love hanging out with Clover because she always has some crazy stories to tell me, and they're always true, whether they're about something cool she found in the woods, a complicated experiment she did in her biology class, or even some weird new scientific discovery she read about! 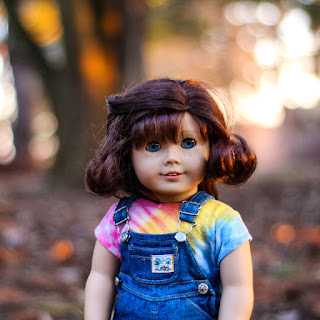 And last, but most certainly not least, this is Riley! Riley is one of the newest residents of the island, she just moved here with her dad. I met her in our Foods class first semester of this year, when she gave her Family Recipes presentation about kugel, a dish that her family makes for Hanukah. At first, I thought that Riley was really quiet, but it turns out that she was just new and didn't know anyone. We became friends really fast, and I'm so happy that we did! In truth, Riley is one of the most outgoing and funny people I've ever met, and I'm so glad that I know her! She loves going on adventures and is always down to do something fun and crazy, no matter when or where.

Riley says she wants to try writing a post on here. I told her that that sounds great to me, so maybe you'll be reading that next! Remember back a few years ago when my friends all wrote posts once in a while? That was super fun, and I think I'd like to try it again, especially since we're all stuck at home nowadays and have a bunch of time on our hands.

Later, I'll introduce you to Jayne, Meryl, and Clementine in part two of this post...then, you'll all be up to date! In the meantime, Eve and I have been working hard on the new bios page, if you feel so inclined, check it our and maybe leave us a comment!

Until next time,
-Zaira Joy