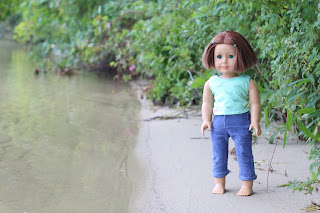 Hi guys! It's Piper. I don't post very much on here because I'm not a very fast or good writer, but I do like to share my adventures with all of you who read the blog. So last weekend my friends Violet and Maddie invited me to go camping with their family. I had a lot of fun exploring the lake and forest! I know that I live on a forested island, but the beaches at home are rocky instead of sandy and aren't good for swimming really. 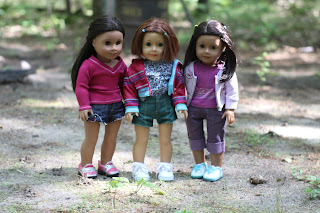 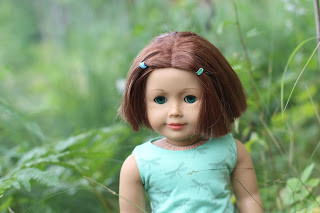 We also went canoeing and tubing. I was glad that we had such good weather. 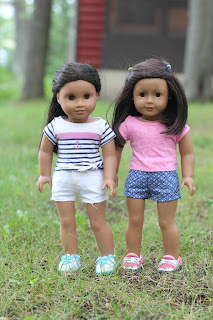 I  guess that's all I really have to say. I'll try to post more soon!
-Piper

Hey everyone! It's Georgia, and I'm super excited to be here sharing all my pictures from my trip to Ireland! Sorry to keep you all waiting for so long! 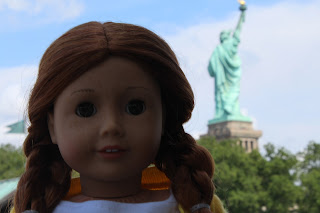 Before we flew to Ireland we flew from home to New York City. As many of you know, Eve used to live in New York City as a child so she told me if I only had a few hours in the city I should definitely visit the Statue of Liberty. I'm glad I took her advice because it was so cool! It was really interesting to think about all the immigrants, including some of my mom's ancestors, that had immigrated from across the ocean and first arrived in America at this exact spot!

After our boat ride, we then went back to the airport to fly to Ireland! I slept most of the plane ride so unfortunately I can't tell you much about it! 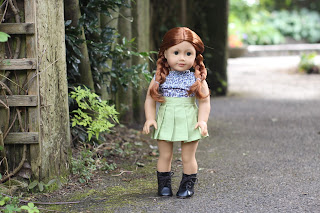 Then we drove to the town of Adare, where we were staying. My mama did all of the driving since she's from England and has driven on the "opposite" side of the road before. It was very weird for me and my mom! The first thing we did after unpacking at our villa in Adare was visit this cute park. It used to be part of the grounds of Adare Manor. 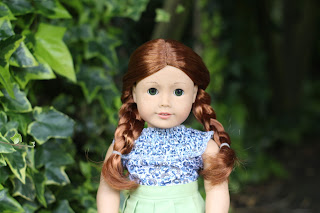 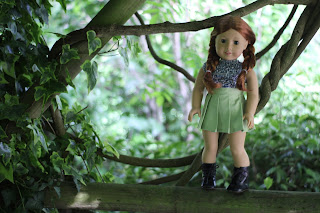 Two more photos of me in the park. 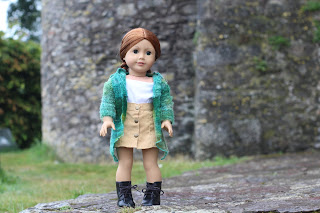 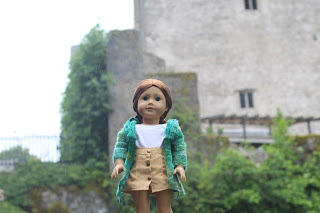 The next day we visited Blarney Castle. We all kissed the Blarney stone, but my favorite part about this stop on our trip was exploring the gardens! There's a poison garden where every plant is poisinous. I thought it was a little scary but also very cool- it seemed like something Piper would find fascinating! 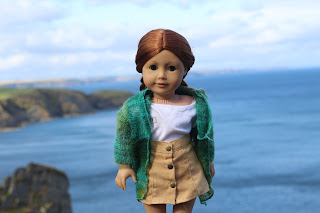 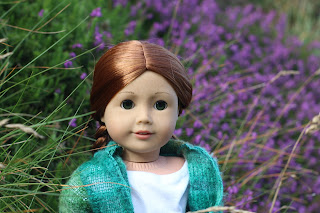 On the third day we went to Kinsale and the Old Head of Kinsale, which is where these photos were taken! It was so beautiful. It reminded me of the Cliffs of Mohr, where we went later in the trip. Unfortunately it was raining that day so I don't have any pictures from there, but I personally thought that the Old Head of Kinsale was a lot cooler since it was more secluded. 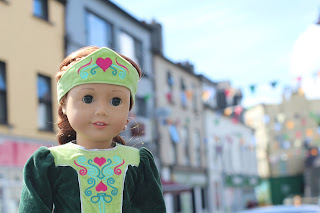 The fourth day we visited Galway. I loved it there! Everything was so festive and colorful, and I also wore my Celtic dancing dress and headband that day! I went to an art shop too, and a music store. We also went to the bookstore and bought the European version of Harry Potter and the Philosopher's Stone- in the States it's called Harry Potter and the Sorcerer's Stone. 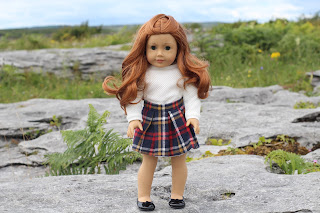 On the fifth day we went to the Cliffs of Mohr and the Burren. The Burren is a rocky landscape region in Ireland. We also saw a tomb from 1,200 years before Christ! I thought that was so cool. we don't have anything nearly that old in America. 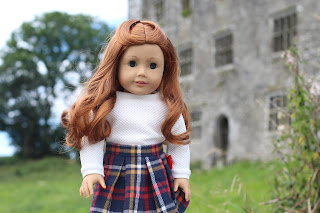 On our way home we stopped to see Leamaneh Castle. It's on private property but we got some good pictures. Apparently it's haunted by the ghost of a princess! 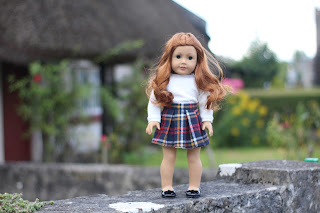 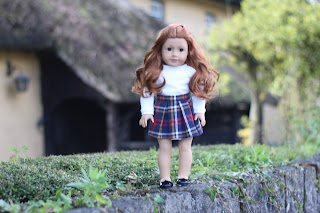 Here are some photos of me in Adare. I loved the thatched cottages! They were built as housing for servants of Lord Dunraven, who lived in Adare Manor in the 1860's. 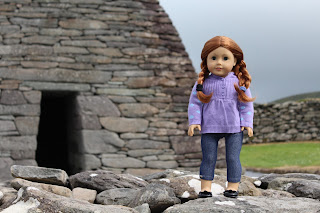 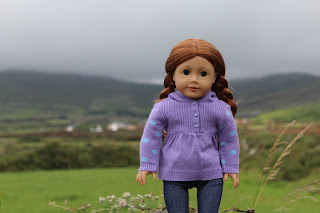 These last two photos are of me at an ancient stone building. It's thought that it was used as a church or as a shelter for travelers. In the second photo you can see the Irish countryside- everything was so green!

I hope you all enjoyed reading about my trip! Until next time,
-Georgia