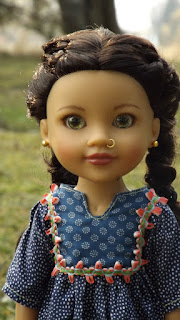 Hello friends! Today I would like to introduce you to another island girlie- not a new friend, but one who has never been featured here on the blog. This is our friend Kaili- she's Indie's little sister, and she's adopted from Nepal! Kaili loves flowers and acting and has a rad sense of style as well as a rad nose piercing. 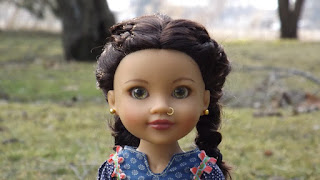 Kaili is also a twin, just like Maddelynne and Violet! Her twin sister is named Nira, and they are almost identical. I'll be sure to introduce Nira to you all soon! 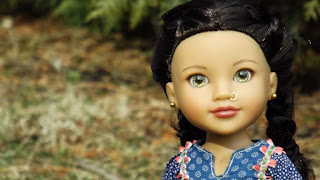 In other news, spring has finally arrived on the island! And by spring, I mean temperatures have been higher than 30...but we'll take what we can get! Our daredevil friend Cecile was the last one on a snowmobile across the ice bridge this winter, and most of the snow is melted by now. The ferries have started running regularly again, and Venus, Marlee, and I have decided to go across to St. Igance tomorrow after church to get some new clothes.